Because of uneven heating of the Earth, surface pressure is low in warm equatorial regions and high in cold polar regions. A pressure gradient develops from the poles to the Equator. If the Earth did not rotate, this pressure gradient force would be the only force acting on the wind. Circulation would be two giant hemispheric convective currents as shown in figure 19. Cold air would sink at the poles; wind would blow straight from the poles to the Equator; warm air at the Equator would be forced upward; and high level winds would blow directly toward the poles. However, the Earth does rotate; and because of its rotation, this simple circulation is greatly distorted. 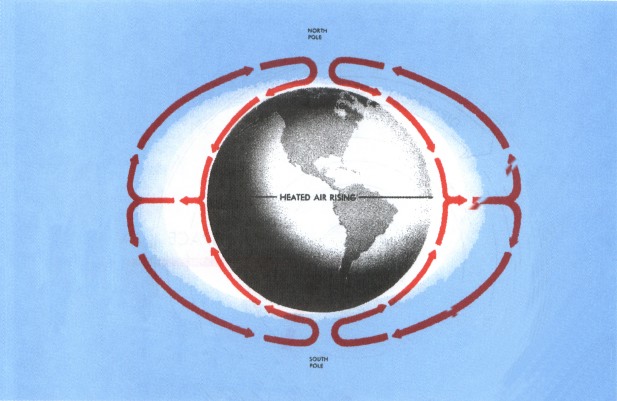 FIGURE 19. Circulation as it would be on a nonrotating globe. Intense heating at the Equator lowers the density. More dense air flows from the poles toward the Equator forcing the less dense air aloft where it flows toward the poles. The circulation would be two giant hemispherical convective currents.