A moving mass travels in a straight line until acted on by some outside force. However, if one views the moving mass from a rotating platform, the path of the moving mass relative to his platform appears to be deflected or curved. To illustrate, start rotating the turntable of a record player. Then using a piece of chalk and a ruler, draw a “straight” line from the center to the outer edge of the turntable. To you, the chalk traveled in a straight line. Now stop the turntable; on it, the line spirals outward from the center as shown in figure 20. To a viewer on the turntable, some “apparent” force deflected the chalk to the right.

A similar apparent force deflects moving particles on the earth. Because the Earth is spherical, the deflective force is much more complex than the simple turntable example. Although the force is termed “apparent,” to us on Earth, it is very real. The principle was first explained by a Frenchman, Coriolis, and carries his name—the Coriolis force. 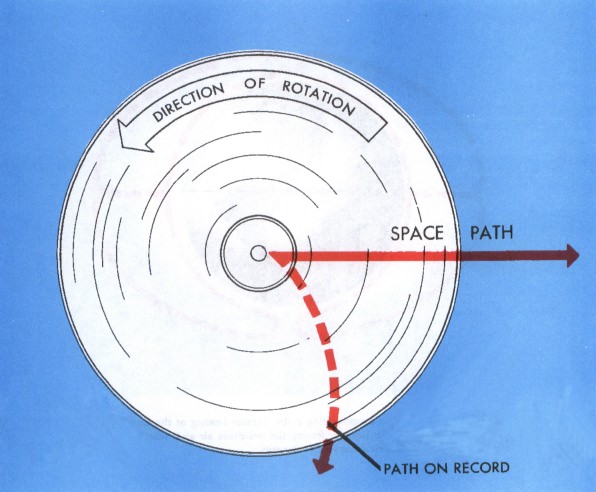 FIGURE 20. Apparent deflective force due to rotation of a horizontal platform. The “space path” is the path taken by a piece of chalk. The “path on the record” is the line traced on the rotating record. Relative to the record, the chalk appeared to curve; in space, it traveled in a straight line.

Coriolis force varies with latitude from zero at the Equator to a maximum at the poles. It influences wind direction everywhere except immediately at the Equator; but the effects are more pronounced in middle and high latitudes. 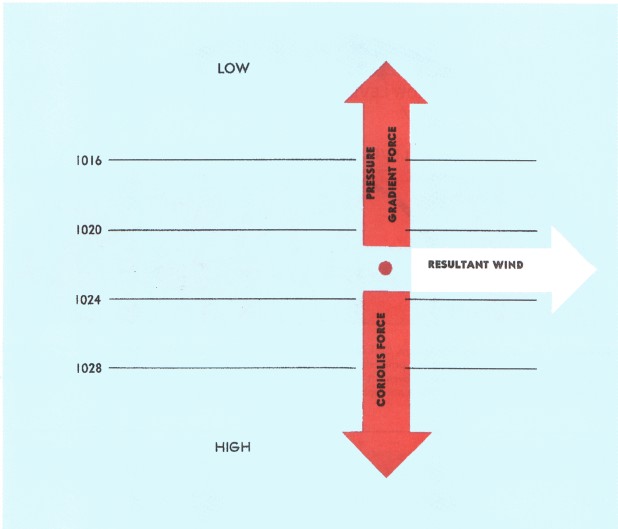 
A PDF version of this book is available here. You may be able to buy a printed copy of the book from amazon.com.