Clear ice forms when, after initial impact, the remaining liquid portion of the drop flows out over the aircraft surface gradually freezing as a smooth sheet of solid ice. This type forms when drops are large as in rain or in cumuliform clouds.

Figure 90 illustrates ice on the cross section of an airfoil, clear ice shown at the top. Figures 91 and 92 are photographs of clear structural icing. Clear ice is hard, heavy, and tenacious. Its removal by deicing equipment is especially difficult. 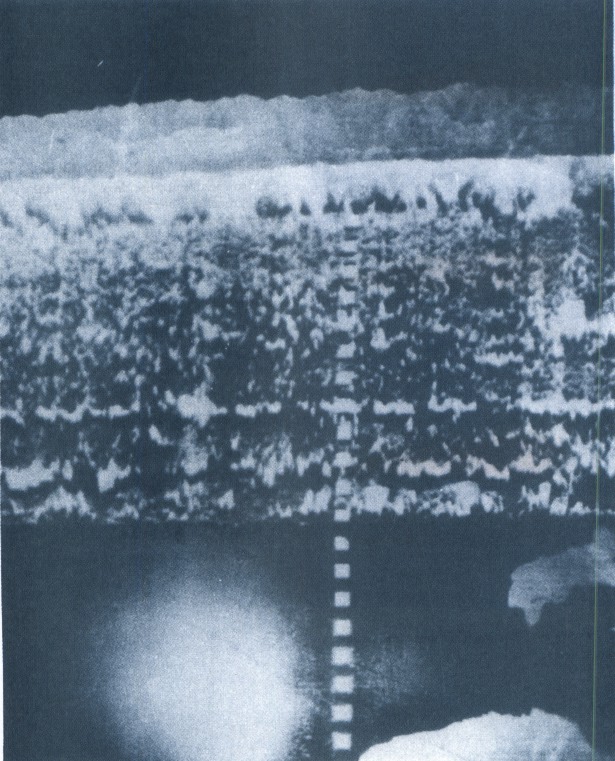 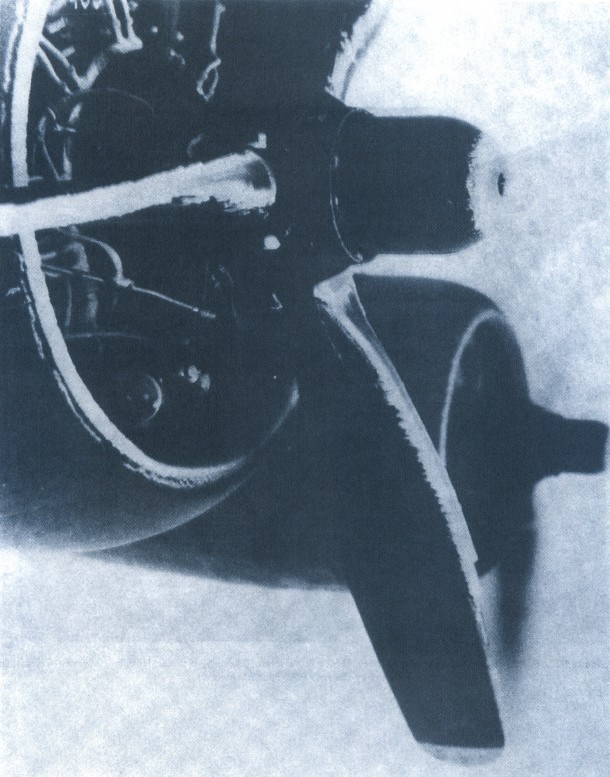 FIGURE 92. Propeller icing. Ice may form on propellers just as on any airfoil. It reduces propeller efficiency and may induce severe vibrations.

Rime ice forms when drops are small, such as those in stratified clouds or light drizzle. The liquid portion remaining after initial impact freezes rapidly before the drop has time to spread over the aircraft surface. The small frozen droplets trap air between them giving the ice a white appearance as shown at the center of figure 90. Figure 93 is a photograph of rime. 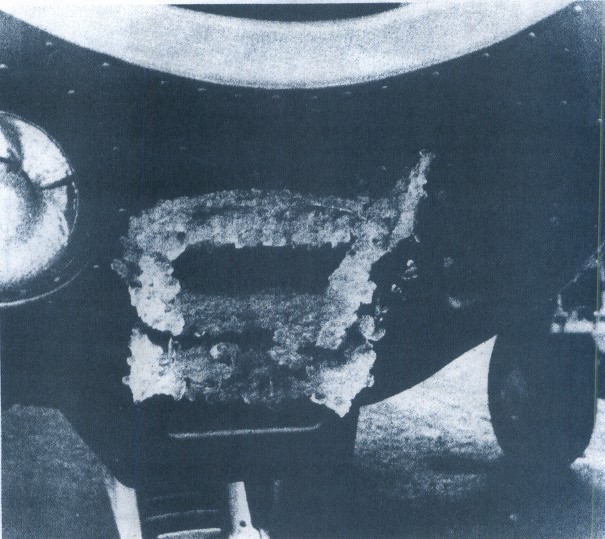 Rime ice is lighter in weight than clear ice and its weight is of little significance. However, its irregular shape and rough surface make it very effective in decreasing aerodynamic efficiency of airfoils, thus reducing lift and increasing drag. Rime ice is brittle and more easily removed than clear ice.

Mixed ice forms when drops vary in size or when liquid drops are intermingled with snow or ice particles. It can form rapidly. Ice particles become imbedded in clear ice, building a very rough accumulation sometimes in a mushroom shape on leading edges as shown at the bottom of figure 90. Figure 94 is a photo of mixed icing built up on a pitot tube. 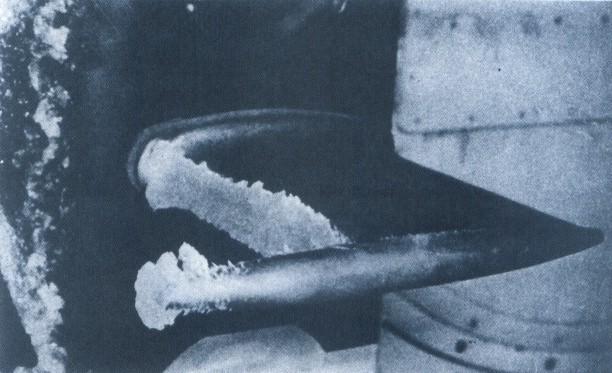 By mutual agreement and for standardization the FAA, National Weather Service, the military aviation weather services, and aircraft operating organizations have classified aircraft structural icing into intensity categories. Section 16 of AVIATION WEATHER SERVICES (AC 00-45) has a table listing these intensities. The table is your guide in estimating how ice of a specific intensity will affect your aircraft. Use the table also in reporting ice when you encounter it.