Fog is a surface based cloud composed of either water droplets or ice crystals. Fog is the most frequent cause of surface visibility below 3 miles, and is one of the most common and persistent weather hazards encountered in aviation. The rapidity with which fog can form makes it especially hazardous. It is not unusual for visibility to drop from VFR to less than a mile in a few minutes. It is primarily a hazard during takeoff and landing, but it is also important to VFR pilots who must maintain visual reference to the ground.

Small temperature-dew point spread is essential for fog to form. Therefore, fog is prevalent in coastal areas where moisture is abundant. However, fog can occur anywhere. Abundant condensation nuclei enhances the formation of fog. Thus, fog is prevalent in industrial areas where byproducts of combustion provide a high concentration of these nuclei. Fog occurs most frequently in the colder months, but the season and frequency of occurrence vary from one area to another.

Fog may form (1) by cooling air to its dew point, or (2) by adding moisture to air near the ground. Fog is classified by the way it forms. Formation may involve more than one process.

Radiation fog is relatively shallow fog. It may be dense enough to hide the entire sky or may conceal only part of the sky. “Ground fog” is a form of radiation fog. As viewed by a pilot in flight, dense radiation fog may obliterate the entire surface below him; a less dense fog may permit his observation of a small portion of the surface directly below him. Tall objects such as buildings, hills, and towers may protrude upward through ground fog giving the pilot fixed references for VFR flight. Figure 117 illustrates ground fog as seen from the air.

Conditions favorable for radiation fog are clear sky, little or no wind, and small temperature-dew point spread (high relative humidity). The fog forms almost exclusively at night or near daybreak. Terrestrial radiation cools the ground; in turn, the cool ground cools the air in contact with it. When the air is cooled to its dew point, fog forms. When rain soaks the ground, followed by clearing skies, radiation fog is not uncommon the following morning.

Radiation fog is restricted to land because water surfaces cool little from nighttime radiation. It is shallow when wind is calm. Winds up to about 5 knots mix the air slightly and tend to deepen the fog by spreading the cooling through a deeper layer. Stronger winds disperse the fog or mix the air through a still deeper layer with stratus clouds forming at the top of the mixing layer.

Ground fog usually “burns off” rather rapidly after sunrise. Other radiation fog generally clears before noon unless clouds move in over the fog.

Advection fog forms when moist air moves over colder ground or water. It is most common along coastal areas but often develops deep in continental areas. At sea it is called “sea fog.” Advection fog deepens as wind speed increases up to about 15 knots. Wind much stronger than 15 knots lifts the fog into a layer of low stratus or stratocumulus.

The west coast of the United States is quite vulnerable to advection fog. This fog frequently forms offshore as a result of cold water as shown in figure 118 and then is carried inland by the wind. During the winter, advection fog over the central and eastern United States results when moist air from the Gulf of Mexico spreads northward over cold ground as shown in figure 119. The fog may extend as far north as the Great Lakes. Water areas in northern latitudes have frequent dense sea fog in summer as a result of warm, moist, tropical air flowing northward over colder Arctic waters. 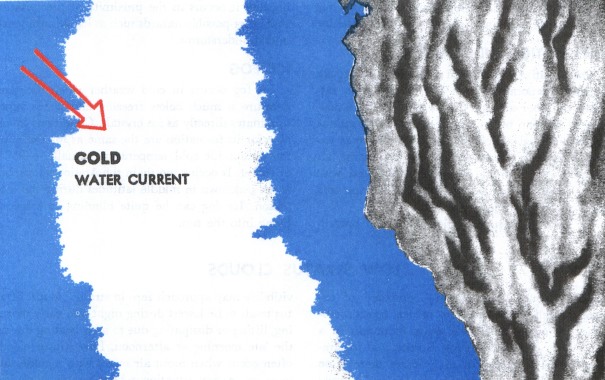 FIGURE 118. Advection fog off the coast of California. 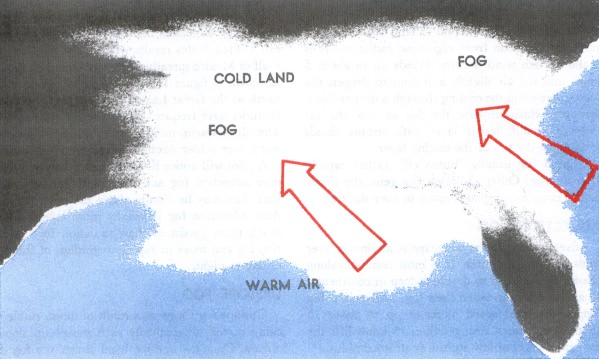 FIGURE 119. Advection fog over the southeastern United States and Gulf Coast. The fog often may spread to the Great Lakes and northern Appalachians.

Upslope fog forms as a result of moist, stable air being cooled adiabatically as it moves up sloping terrain. Once the upslope wind ceases, the fog dissipates. Unlike radiation fog, it can form under cloudy skies. Upslope fog is common along the eastern slopes of the Rockies and somewhat less frequent east of the Appalachians. Upslope fog often is quite dense and extends to high altitudes.

When relatively warm rain or drizzle falls through cool air, evaporation from the precipitation saturates the cool air and forms fog. Precipitation-induced fog can become quite dense and continue for an extended period of time. This fog may extend over large areas, completely suspending air operations. It is most commonly associated with warm fronts, but can occur with slow moving cold fronts and with stationary fronts.

Fog induced by precipitation is in itself hazardous as is any fog. It is especially critical, however, because it occurs in the proximity of precipitation and other possible hazards such as icing, turbulence, and thunderstorms.

Ice fog occurs in cold weather when the temperature is much below freezing and water vapor sublimates directly as ice crystals. Conditions favorable for its formation are the same as for radiation fog except for cold temperature, usually −25° F or colder. It occurs mostly in the Arctic regions, but is not unknown in middle latitudes during the cold season. Ice fog can be quite blinding to someone flying into the sun.