An obscured ceiling differs from a cloud ceiling. With a cloud ceiling you normally can see the ground and runway once you descend below the cloud base. However, with an obscured ceiling, the obscuring phenomena restricts visibility between your altitude and the ground, and you have restricted slant visibility. Thus, you cannot always clearly see the runway or approach lights even after penetrating the level of the obscuration ceiling as shown in figure 122. 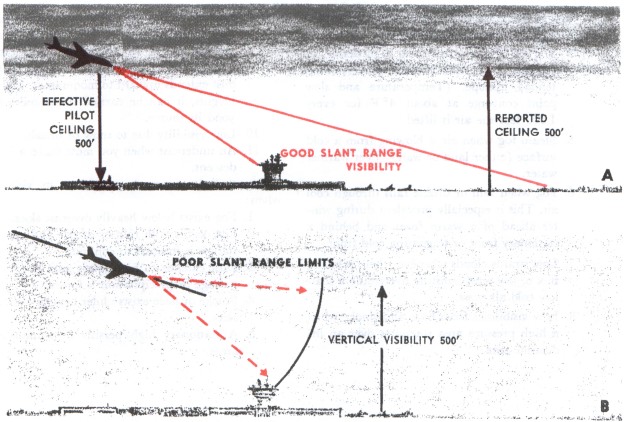 Table of Contents
Previous Section: Precipitation
Next Section: In Closing