Atmospheric pressure is the force exerted by the weight of the atmosphere. Since air is not solid, we cannot weigh it with conventional scales. Yet, Toricelli proved three centuries ago that he could weigh the atmosphere by balancing it against a column of mercury. He actually measured pressure converting it directly to weight.

The mercurial barometer, diagrammed in figure 8, consists of an open dish of mercury into which we place the open end of an evacuated glass tube. Atmospheric pressure forces mercury to rise in the tube. At stations near sea level, the column of mercury rises on the average to a height of 29.92 inches or 760 millimeters. In other words, a column of mercury of that height weighs the same as a column of air having the same cross section as the column of mercury and extending from sea level to the top of the atmosphere.

Why do we use mercury in the barometer? Mercury is the heaviest substance available which remains liquid at ordinary temperatures. It permits the instrument to be of manageable size. We could use water, but at sea level the water column would be about 34 feet high. 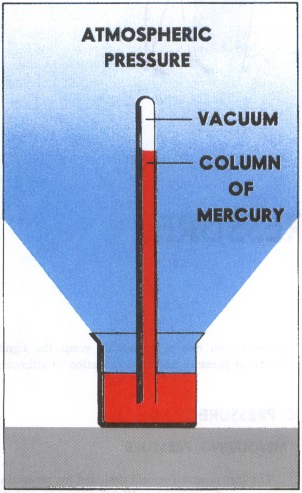 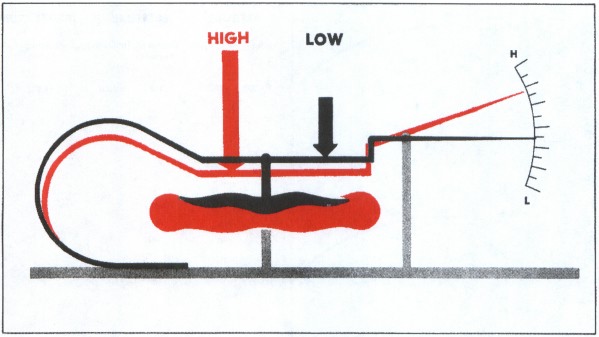 Pressure is expressed in many ways throughout the world. The term used depends somewhat on its application and the system of measurement. Two popular units are “inches of mercury” or “millimeters of mercury.” Since pressure is force per unit area, a more explicit expression of pressure is “pounds per square inch” or “grams per square centimeter.” The term “millibar” precisely expresses pressure as a force per unit area, one millibar being a force of 1,000 dynes per square centimeter. The millibar is rapidly becoming a universal pressure unit.

Pressure varies with altitude and temperature of the air as well as with other minor influences which we neglect here.

As we move upward through the atmosphere, weight of the air above becomes less and less. If we carry a barometer with us, we can measure a decrease in pressure as weight of the air above decreases. Within the lower few thousand feet of the troposphere, pressure decreases roughly one inch for each 1,000 feet increase in altitude. The higher we go, the slower is the rate of decrease with height. Figure 10 shows the pressure decrease with height in the standard atmosphere. These standard altitudes are based on standard temperatures. In the real atmosphere, temperatures are seldom standard, so let's explore temperature effects. 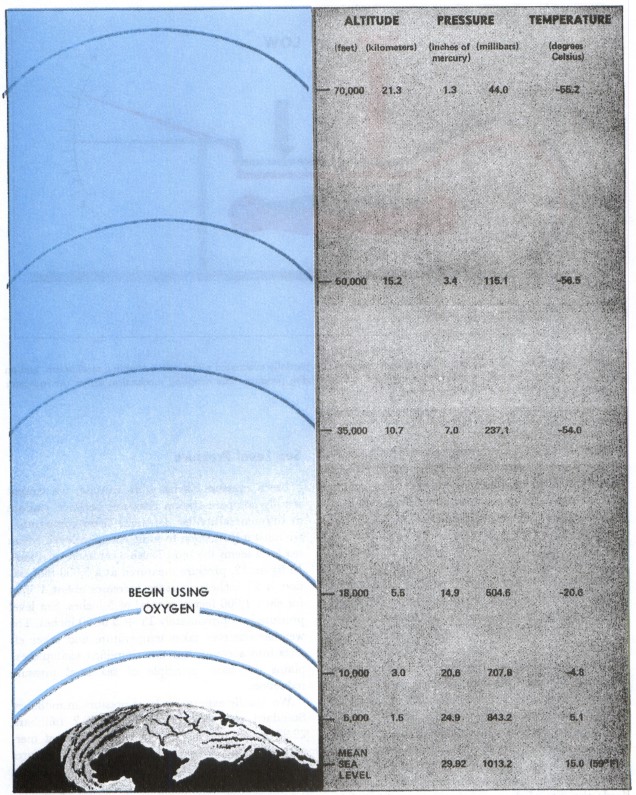 FIGURE 10. The standard atmosphere. Note how pressure decreases with increasing height; the rate of decrease with height is greatest in lower levels.

Like most substances, air expands as it becomes warmer and shrinks as it cools. Figure 11 shows three columns of air—one colder than standard, one at standard temperature, and one warmer than standard. Pressure is equal at the bottom of each column and equal at the top of each column. Therefore, pressure decrease upward through each column is the same. Vertical expansion of the warm column has made it higher than the column at standard temperature. Shrinkage of the cold column has made it shorter. Since pressure decrease is the same in each column, the rate of decrease of pressure with height in warm air is less than standard; the rate of decrease of pressure with height in cold air is greater than standard. You will soon see the importance of temperature in altimetry and weather analysis and on aircraft performance. 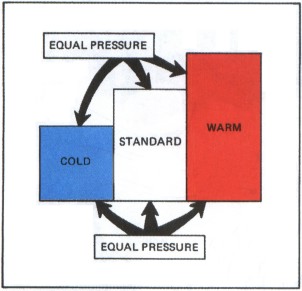 FIGURE 11. Three columns of air showing how decrease of pressure with height varies with temperature. Left column is colder than average and right column, warmer than average. Pressure is equal at the bottom of each column and equal at the top of each column. Pressure decreases most rapidly with height in the cold air and least rapidly in the warm air.

Since pressure varies with altitude, we cannot readily compare station pressures between stations at different altitudes. To make them comparable, we must adjust them to some common level. Mean sea level seems the most feasible common reference. In figure 12, pressure measured at a 5,000-foot station is 25 inches; pressure increases about 1 inch for each 1,000 feet or a total of 5 inches. Sea level pressure is approximately 25 + 5 or 30 inches. The weather observer takes temperature and other effects into account, but this simplified example explains the basic principle of sea level pressure reduction.

FIGURE 12. Reduction of station pressure to sea level. Pressure increases about 1 inch per 1,000 feet from the station elevation to sea level.

We plot sea level pressures on a map and draw lines connecting points of equal pressure. These lines of equal pressure are isobars. Hence, the surface map is an isobaric analysis showing identifiable, organized pressure patterns. Five pressure systems are shown in figure 13 and are defined as follow:

Upper air weather maps reveal these same types of pressure patterns aloft for several levels. They also show temperature, moisture, and wind at each level. In fact, a chart is available for a level within a few thousand feet of your planned cruising altitude. AVIATION WEATHER SERVICES lists the approximate heights of upper air maps and shows details of the surface map and each upper air chart. Chapter 4 of this book ties together the surface chart and upper air charts into a three-dimensional picture. 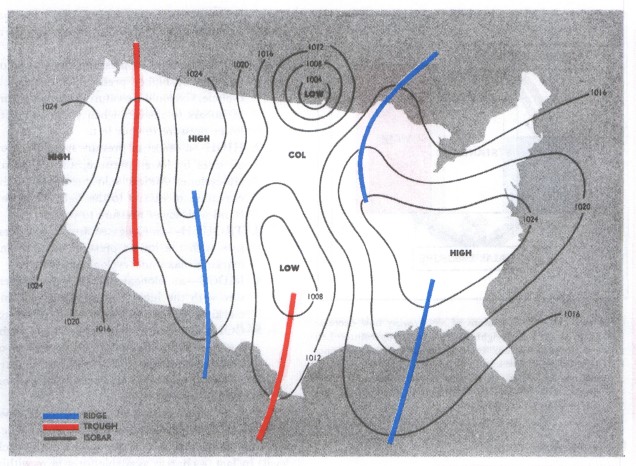 We routinely collect these observations, plot the heights of a constant pressure surface on a map, and draw lines connecting points of equal height. These lines are height contours. But, what is a height contour?

First, consider a topographic map with contours showing variations in elevation. These are height contours of the terrain surface. The Earth surface is a fixed reference and we contour variations in its height.

Low pressure systems quite often are regions of poor flying weather, and high pressure areas predominantly are regions of favorable flying weather. A word of caution, however—use care in applying the low pressure-bad weather, high pressure-good weather rule of thumb; it all too frequently fails. When planning a flight, gather all information possible on expected weather. Pressure patterns also bear a direct relationship to wind which is the subject of the next chapter. But first, let's look at pressure and altimeters.