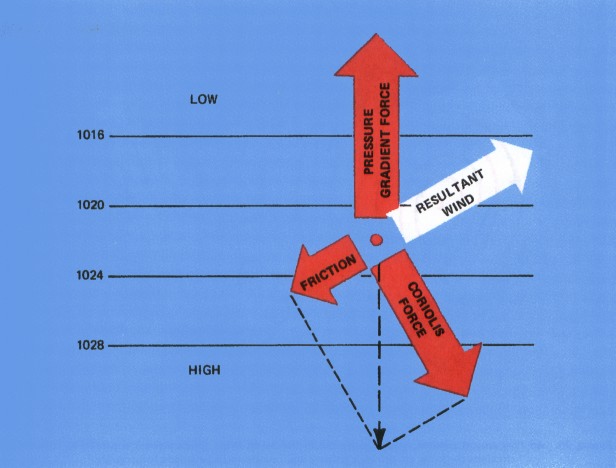 FIGURE 27. Surface friction slows the wind and reduces Coriolis force but does not affect pressure gradient force; winds near the surface are deflected across the isobars toward lower pressure. 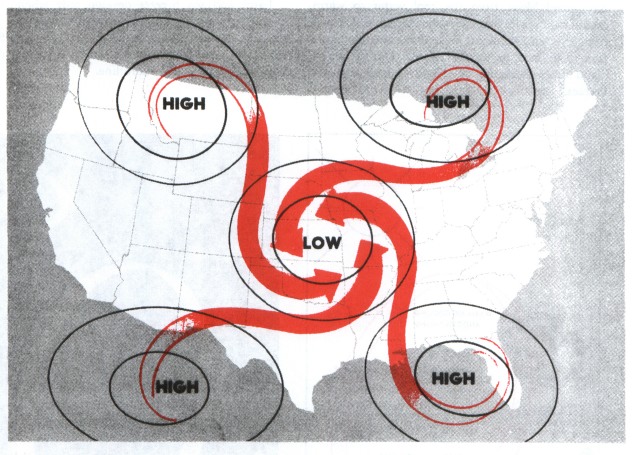 FIGURE 28. Circulation around pressure systems at the surface. Wind spirals outward from high pressure and inward to low pressure, crossing isobars at an angle.

The angle of surface wind to isobars is about 10° over water increasing with roughness of terrain. In mountainous regions, one often has difficulty relating surface wind to pressure gradient because of immense friction and also because of local terrain effects on pressure.