Rubbing two objects against each other creates friction. If the objects are solid, no exchange of mass occurs between the two. However, if the objects are fluid currents, friction creates eddies along a common shallow mixing zone, and a mass transfer takes place in the shallow mixing layer. This zone of induced eddies and mixing is a shear zone. Figure 31 shows two adjacent currents of air and their accompanying shear zone. Chapter 9 relates wind shear to turbulence. 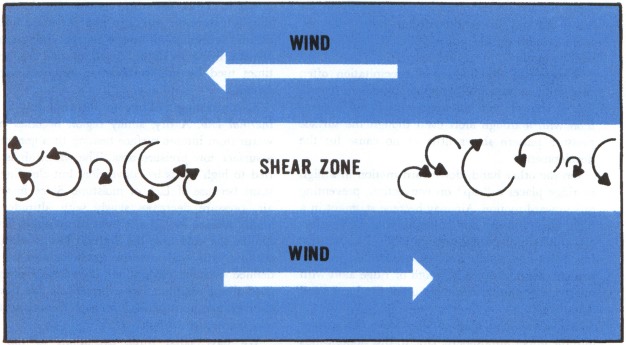 FIGURE 31. Wind shear. Air currents of differing velocities create friction or “shear” between them. Mixing in the shear zone results in a snarl of eddies and whirls.