Obstructions such as buildings, trees, and rough terrain disrupt smooth wind flow into a complex snarl of eddies as diagrammed in figure 78. An aircraft flying through these eddies experiences turbulence. This turbulence we classify as “mechanical” since it results from mechanical disruption of the ambient wind flow.

The degree of mechanical turbulence depends on wind speed and roughness of the obstructions. The higher the speed and/or the rougher the surface, the greater is the turbulence. The wind carries the turbulent eddies downstream—how far depends on wind speed and stability of the air. Unstable air allows larger eddies to form than those that form in stable air; but the instability breaks up the eddies quickly, while in stable air they dissipate slowly.

Mechanical turbulence can also cause cloudiness near the top of the mechanically disturbed layer. However, the type of cloudiness tells you whether it is from mechanical or convective mixing. Mechanical mixing produces stratocumulus clouds in rows or bands, while convective clouds form a random pattern. The cloud rows developed by mechanical mixing may be parallel to or perpendicular to the wind depending on meteorological factors which we do not discuss here. 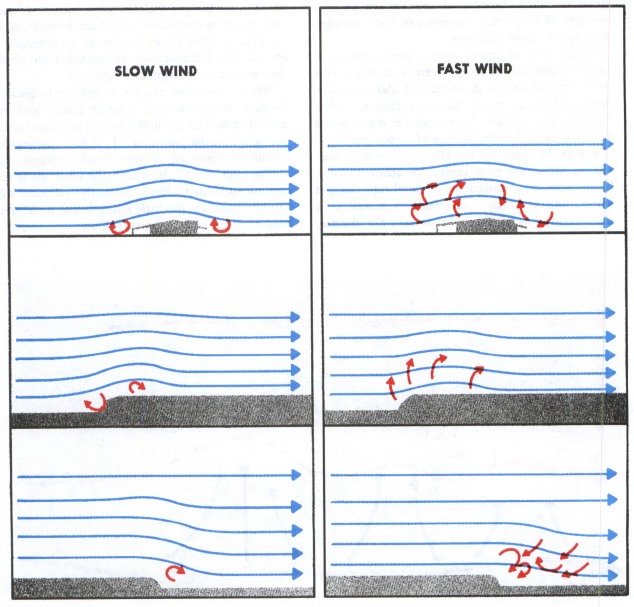 FIGURE 78. Eddy currents formed by wind blowing over uneven ground or over obstructions.

The airport area is especially vulnerable to mechanical turbulence which invariably causes gusty surface winds. When an aircraft is in a low-level approach or a climb, airspeed fluctuates in the gusts, and the aircraft may even stall. During extremely gusty conditions, maintain a margin of airspeed above normal approach or climb speed to allow for changes in airspeed. When landing with a gusty crosswind as illustrated in figure 79, be alert for mechanical turbulence and control problems caused by airport structures upwind. Surface gusts also create taxi problems.

Mechanical turbulence can affect low-level cross-country flight about anywhere. Mountains can generate turbulence to altitudes much higher than the mountains themselves.

When flying over rolling hills, you may experience mechanical turbulence. Generally, such turbulence is not hazardous, but it may be annoying or uncomfortable. A climb to higher altitude should reduce the turbulence.

When flying over rugged hills or mountains, however, you may have some real turbulence problems. Again, we cannot discuss mechanical turbulence without considering wind speed and stability. When wind speed across mountains exceeds about 40 knots, you can anticipate turbulence. Where and to what extent depends largely on stability.

As the unstable air crosses the barrier, it spills down the leeward slope often as a violent down-draft. Sometimes the downward speed exceeds the maximum climb rate for your aircraft and may drive the craft into the mountainside as shown in figure 80. In the process of crossing the mountains, mixing reduces the instability to some extent. Therefore, hazardous turbulence in unstable air generally does not extend a great distance downwind from the barrier. 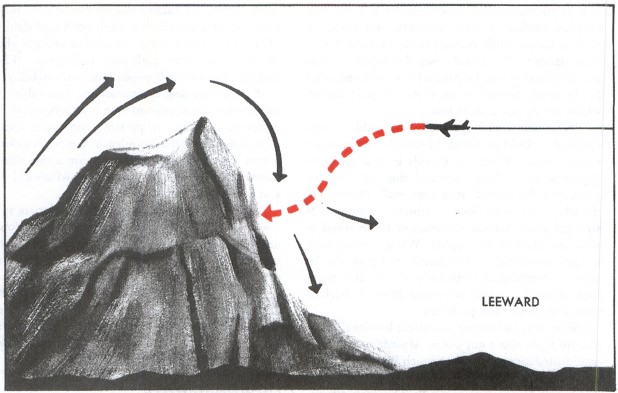 FIGURE 80. Wind flow in mountain areas. Dangerous downdrafts may be encountered on the lee side.

When stable air crosses a mountain barrier, the turbulent situation is somewhat reversed. Air flowing up the windward side is relatively smooth. Wind flow across the barrier is laminar—that is, it tends to flow in layers. The barrier may set up waves in these layers much as waves develop on a disturbed water surface. The waves remain nearly stationary while the wind blows rapidly through them. The wave pattern, diagrammed in figure 81, is a “standing” or “mountain” wave, so named because it remains essentially stationary and is associated with the mountain. The wave pattern may extend 100 miles or more downwind from the barrier.

Wave crests extend well above the highest mountains, sometimes into the lower stratosphere. Under each wave crest is a rotary circulation also diagrammed in figure 81. The “rotor” forms below the elevation of the mountain peaks. Turbulence can be violent in the overturning rotor. Updrafts and downdrafts in the waves can also create violent turbulence.

Figure 81 further illustrates clouds often associated with a mountain wave. When moisture is sufficient to produce clouds on the windward side, they are stratified. Crests of the standing waves may be marked by stationary, lens-shaped clouds known as “standing lenticular” clouds. Figure 82 is a photograph of standing lenticular clouds. They form in the updraft and dissipate in the downdraft, so they do not move as the wind blows through them. The rotor may also be marked by a “rotor” cloud. Figure 83 is a photograph of a series of rotor clouds, each under the crest of a wave. But remember, clouds are not always present to mark the mountain wave. Sometimes, the air is too dry. Always anticipate possible mountain wave turbulence when strong winds of 40 knots or greater blow across a mountain or ridge and the air is stable. 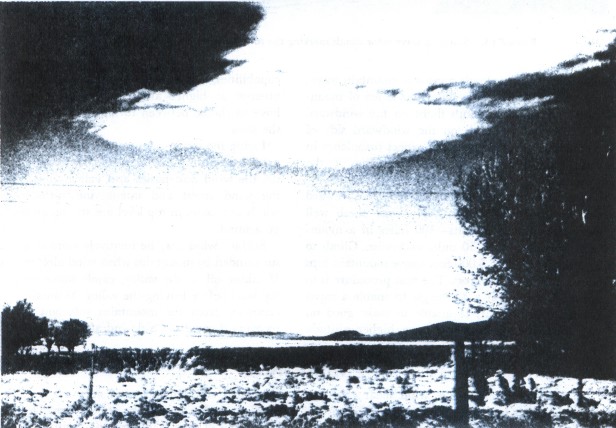 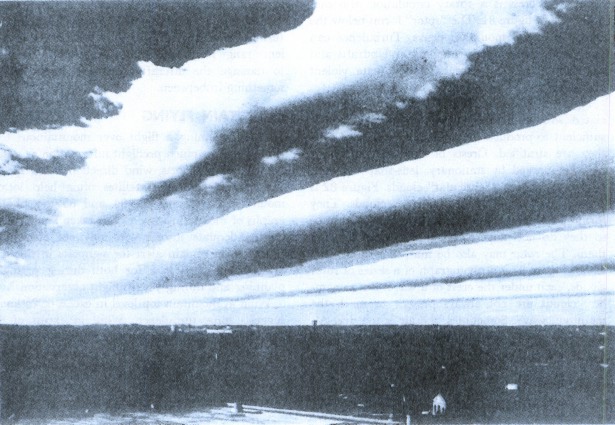 You should not be surprised at any degree of turbulence in a mountain wave. Reports of turbulence range from none to turbulence violent enough to damage the aircraft, but most reports show something in between.

When planning a flight over mountainous terrain, gather as much preflight information as possible on cloud reports, wind direction, wind speed, and stability of air. Satellites often help locate mountain waves. Figures 84 and 85 are photographs of mountain wave clouds taken from spacecraft. Adequate information may not always be available, so remain alert for signposts in the sky. What should you look for both during preflight planning and during your inflight observations? 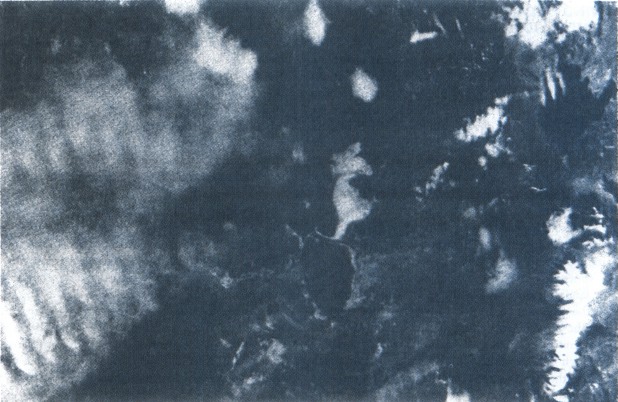 FIGURE 84. Mountain wave clouds over the Tibetan Plateau photographed from a manned spacecraft.

FIGURE 85. Satellite photograph of a mountain wave and the surface weather map for approximately the same time. A single mountain in the Aleutian chain generates the wave. Note how it spirals downwind from the source. Without the satellite, the turbulent wave would have gone undetected unless some aircraft had flown into it.

Wind at mountain top level in excess of 25 knots suggests some turbulence. Wind in excess of 40 knots across a mountain barrier dictates caution. Stratified clouds mean stable air. Standing lenticular and/or rotor clouds suggest a mountain wave; expect turbulence many miles to the lee of mountains and relative smooth flight on the windward side. Convective clouds on the windward side of mountains mean unstable air; expect turbulence in close proximity to and on either side of the mountain.

When approaching mountains from the leeward side during strong winds, begin your climb well away from the mountains—100 miles in a mountain wave and 30 to 50 miles otherwise. Climb to an altitude 3,000 to 5,000 feet above mountain tops before attempting to cross. The best procedure is to approach a ridge at a 45° angle to enable a rapid retreat to calmer air. If unable to make good on your first attempt and you have higher altitude capabilities, you may back off and make another attempt at higher altitude. Sometimes you may have to choose between turning back or detouring the area.

Flying mountain passes and valleys is not a safe procedure during high winds. The mountains funnel the wind into passes and valleys thus increasing wind speed and intensifying turbulence. If winds at mountain top level are strong, go high, or go around.

Surface wind may be relatively calm in a valley surrounded by mountains when wind aloft is strong. If taking off in the valley, climb above mountain top level before leaving the valley. Maintain lateral clearance from the mountains sufficient to allow recovery if caught in a downdraft.