Why is the high altitude pilot interested in the tropopause? Temperature and wind vary greatly in the vicinity of the tropopause affecting efficiency, comfort, and safety of flight. Maximum winds generally occur at levels near the tropopause. These strong winds create narrow zones of wind shear which often generate hazardous turbulence. Preflight knowledge of temperature, wind, and wind shear is important to flight planning. 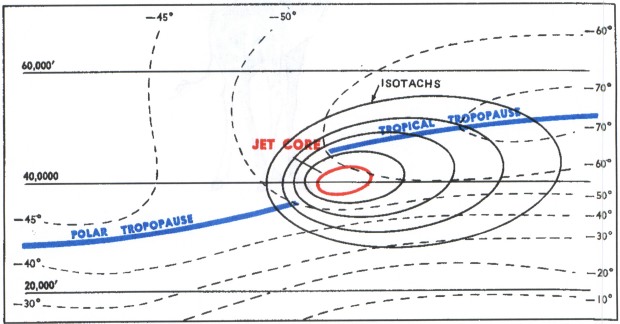 FIGURE 123. A cross section of the upper troposphere and lower stratosphere showing the tropopause and associated features. Note the “break” between the high tropical and the lower polar tropopause. Maximum winds occur in the vicinity of this break.