Water evaporates into the air and becomes an ever-present but variable constituent of the atmosphere. Water vapor is invisible just as oxygen and other gases are invisible. However, we can readily measure water vapor and express it in different ways. Two commonly used terms are (1) relative humidity, and (2) dew point.

Relative humidity routinely is expressed in percent. As the term suggests, relative humidity is “relative.” It relates the actual water vapor present to that which could be present. 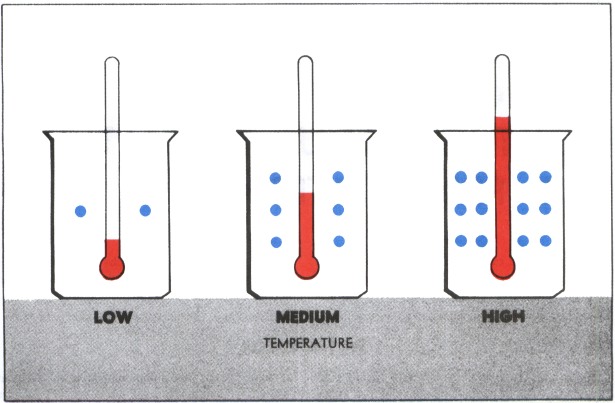 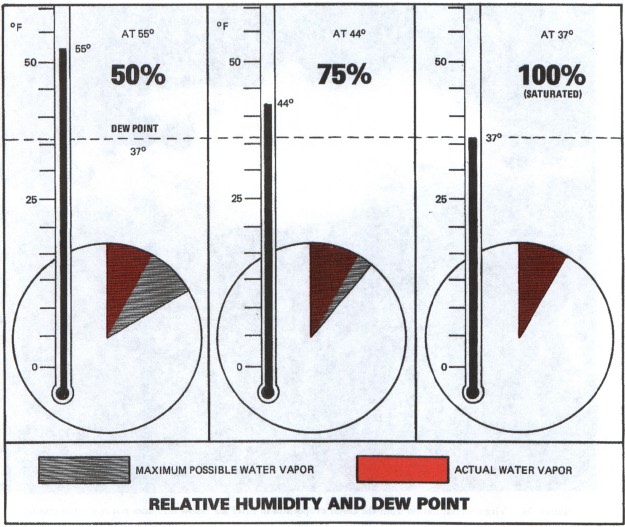 If a given volume of air is cooled to some specific temperature, it can hold no more water vapor than is actually present, relative humidity becomes 100%, and saturation occurs. What is that temperature?

Dew point is the temperature to which air must be cooled to become saturated by the water vapor already present in the air. Aviation weather reports normally include the air temperature and dew point temperature. Dew point when related to air temperature reveals qualitatively how close the air is to saturation.

Sometimes the spread at ground level may be quite large, yet at higher altitudes the air is saturated and clouds form. Some rain may reach the ground or it may evaporate as it falls into the drier air. Figure 34 is a photograph of “virga”—streamers of precipitation trailing beneath clouds but evaporating before reaching the ground. Our never ending weather cycle involves a continual reversible change of water from one state to another. Let's take a closer look at change of state. 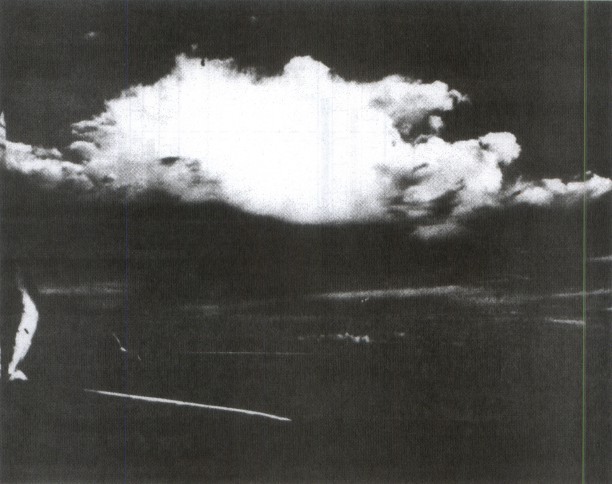 FIGURE 34. Virga. Precipitation from the cloud evaporates in drier air below and does not reach the ground.