Air travels in a “corkscrew” path around the jet core with upward motion on the equatorial side. Therefore, when high level moisture is available, cirriform clouds form on the equatorial side of the jet. Jet stream cloudiness can form independently of well-defined pressure systems. Such cloudiness ranges primarily from scattered to broken coverage in shallow layers or streaks. Their sometimes fish hook and streamlined, wind-swept appearance always indicates very strong upper wind usually quite far from developing or intense weather systems.

The most dense cirriform clouds occur with well-defined systems. They appear in broad bands. Cloudiness is rather dense in an upper trough, thickens downstream, and becomes most dense at the crest of the downwind ridge. The clouds taper off after passing the ridge crest into the area of descending air. The poleward boundary of the cirrus band often is quite abrupt and frequently casts a shadow on lower clouds, especially in an occluded frontal system. Figure 128a is a satellite photograph showing a cirrus band casting a shadow on lower clouds. Figure 128b is an infrared photo of the same system; the light shade of the cirrus band indicates cold temperatures while warmer low clouds are the darker shades. 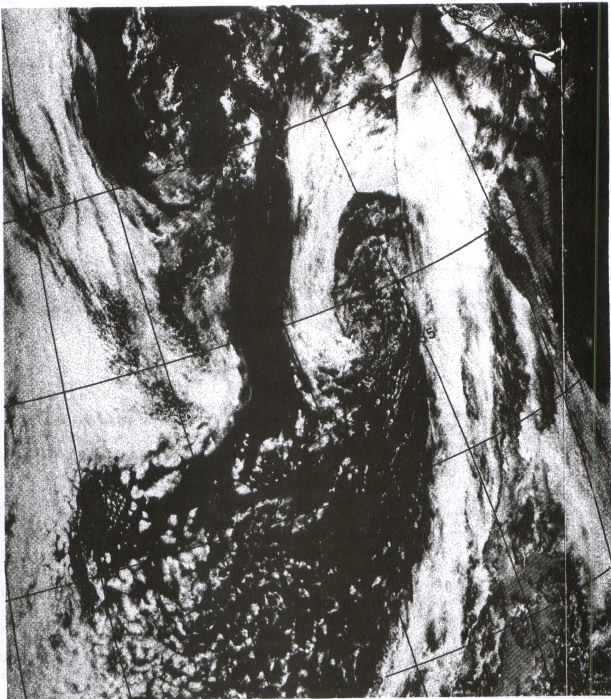 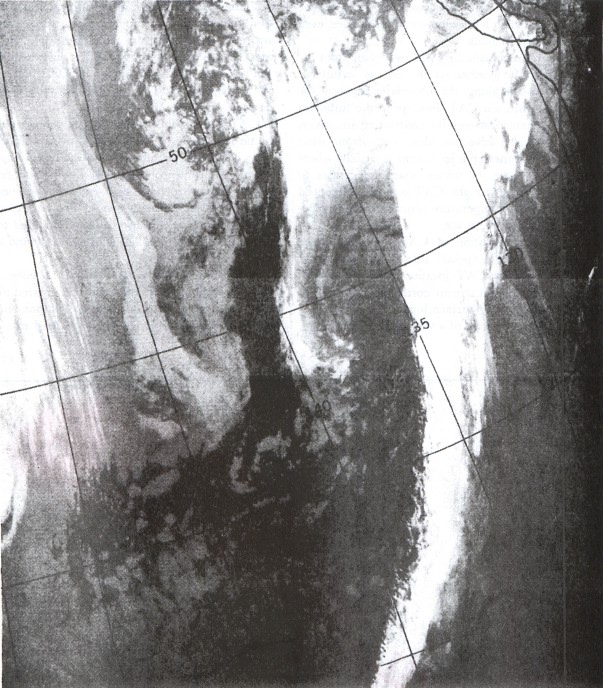 FIGURE 128b. Infrared photograph of the system shown in figure 128a. The warmer the radiating surface, the darker the shade; the cold cirrus appears nearly white. Infrared clearly distinguishes the banded jet stream cirrus from other cirrus and lower clouds.

The upper limit of dense, banded cirrus is near the tropopause; a band may be either a single layer or multiple layers 10,000 to 12,000 feet thick. Dense, jet stream cirriform cloudiness is most prevalent along midlatitude and polar jets. However, a cirrus band usually forms along the subtropical jet in winter when a deep upper trough plunges southward into the Tropics.

Cirrus clouds, in themselves, have little effect on aircraft. However, dense, continuous coverage requires a pilot's constant reference to instruments; most pilots find this more tiring than flying with a visual horizon even though IFR.

A more important aspect of the jet stream cirrus shield is its association with turbulence. Extensive cirrus cloudiness often occurs with deepening surface and upper lows; and these deepening systems produce the greatest turbulence.